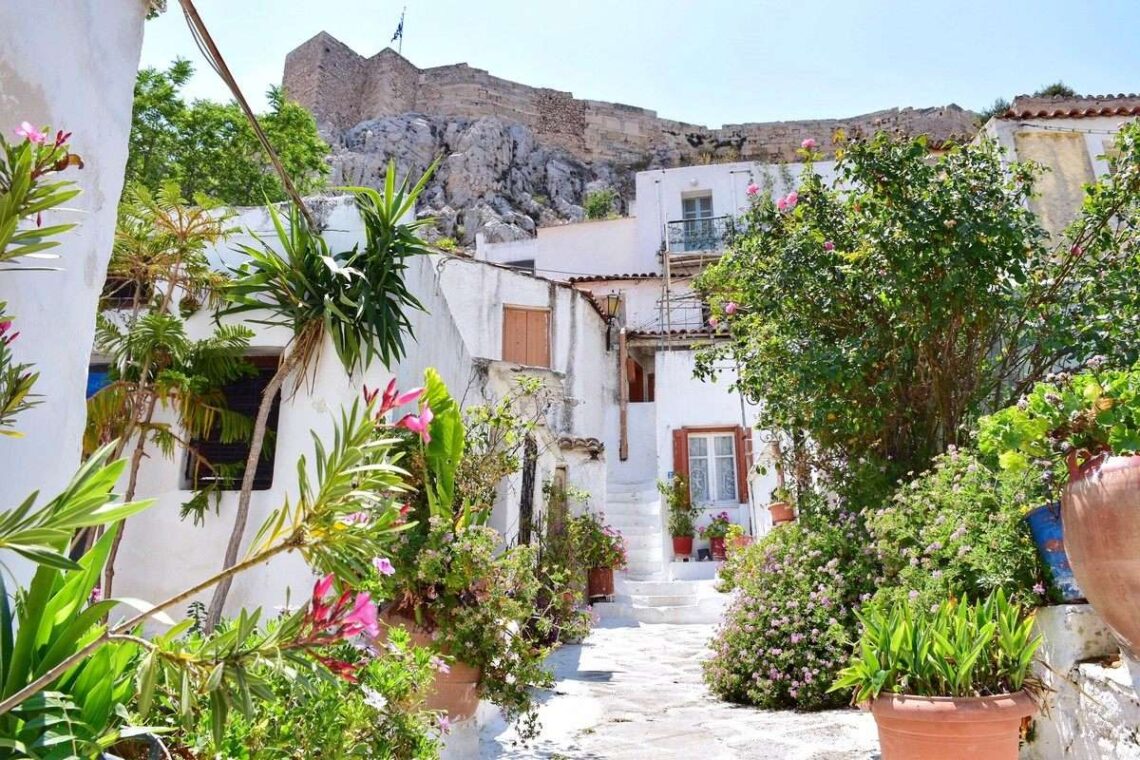 At the foothills of the Acropolis, in the heart of Athens, Greece, there is Plaka, one of the city’s oldest and most charming districts. With its picturesque winding streets, lively cafés and neoclassical pastel-coloured houses, Plaka feels like a trip back in time. Lively and colourful, it’s an absolute must for every visitor.

Plaka Athens, the “Neighbourhood of the gods”

Clustered around the northern and eastern slopes of the Acropolis hill in Athens, Plaka extends from the Acropolis museum to the Roman Agora, Syntagma Square, Monastiraki and the Adrian Gate. Given its proximity to so many historic sites, and because it was built on top of the ancient city, Plaka is often called “the neighbourhood of the gods”. After all, this part of Athens has been continuously inhabited for almost three thousand years!

The best way to explore it is to let yourself wander its meandering streets and alleys. Just go with the flow, wherever the road takes you. Speaking of streets, Plaka boasts of having the oldest street in Europe. Specifically, Tripodon street has retained the same name for almost twenty-five centuries. Admittedly, these days it is much narrower than the six metres it used to be in classical times, but how often do you get the chance to walk in the footsteps of the ancients?

By the way, if “Tripodon” sounds like the word “tripod”, it’s no coincidence! Indeed this street got its name from the copper tripods that lined its sides. They were gifts from sponsors of theatre plays, often dedicated to the god Apollo. Yes, there were sponsors of events even in ancient times!

Although technically not in Plaka, the Parthenon and the Acropolis Museum are right “next door”. As a result, you could combine them with a stroll in Plaka. That said, Plaka also has several lesser-known museums worth a visit.

For example, you could check out the Museum of Greek Folk Art or the Museum of Folk Instruments. Both are a great introduction to modern Greek folk culture. It’s not all about togas and sandals!

Another option is the Jewish Museum of Greece. With over 40 years of active presence in Athens, the Museum has an excellent collection of daily life objects and other evidence of the history of Jewish communities in Greece. Recently they also put online a virtual tour.

2. Anafiotika, an island village in the heart of the city

Have you ever been to the Greek islands of the Aegean sea? If so, then you have a good idea of what Anafiotika looks like. Because the people who settled here came from the island of Anafi, so they built their new homes in that style.

Imagine white-washed houses, colourful shutters and doors, narrow alleys, potted geraniums and cats perched everywhere. This area is so compact that you can easily see inside when the windows are open or overhear a phone call as you pass by.

This hidden gem can be a bit tricky to find, but keep an eye for the church of Agios Georgios Tou Vrahou (St George Of The Rock). Starting from the Acropolis metro station, take the Makrigianni Street exit. Once outside, turn left on the pedestrian street and again left. As if you were going to the Acropolis. Then turn on the first right. It should be Thrassylou street. Follow it till you see St George of the Rock on your left-hand side. That’s the start of Anafiotika. Just keep in mind that Thrassylou street is renamed Stratonos street at some point.

3. St Nikolaos Ragkavas and the largest medieval building in Athens

Being one of the oldest parts of Athens, Plaka boasts numerous byzantine and post-byzantine churches too. The most famous is St Nikolaos Ragkavas, built in the 11th century. You’ll find it on Pritaneiou street, in the Anafiotika district. The area around the church was the most aristocratic neighbourhood of Byzantine-era Athens. The church was built by the grandson of Byzantine emperor Michael Ragkavas I (hence the name), on the site of a former Roman temple.

Another historic building worth your time is the church of Sotira Lykodimou, better known to the locals as the “Russian church”. It was first built around 1031 C.E. and restored in the 19th century and is now the biggest remaining medieval building in Athens. You’ll find it in a central location, on Fillelinon street, near Syntagma and opposite Zappeion park.

Remember what I told you about Tripodon street? That it got its name from the gifts, which winning theatre sponsors placed there for the god Apollo? Well, this monument is such a gift. Not only that, but it’s the best-preserved sponsor gift. Specifically, it was Lycicrates who built it in 335 B.C.E. On it, there is a freeze depicting moments from the life of semi-god Dionysos, protector of wine and good times in general.

Interestingly, the Lycicrates monument is also known as “Diogenes’ lantern”. Back in the 17th century, it was part of a monastery of the Order of Friars Minor Capuchin. They were using it as a reading room and library. The monastery was destroyed during the Greek War of Independence.

A beautifully-restored mansion of the 18th century, this is the only surviving “konaki” in Athens. What do we mean by “konaki”? Deriving from the Turkish “konak”, it is a type of urban noble house that was common in the Ottoman empire. It first became popular in the mid-17th and lasted until the early 19th century.

As is often the case with all trends, this type of house was adopted by the local elite, regardless of ethnicity or religion. Previously, on the same grounds stood two 16th-century stone houses. Traces of them you can still see in the mansion today. According to tradition, they were the home of St Filothei, a noblewoman turned nun and famous for her social work.

Plaka was the birthplace of the first university of modern Greece (i.e. post-1821 War of Independence). The “Kapodistrian University of Athens”, bears the name of Greece’s first governor, Ioannis Kapodistrias. Nowadays, the historic building at Tholou street hosts the Athens University History Museum. Although the university’s history started in 1837, the building itself is much older. Today the Museum has a variety of rare books, manuscripts and more. It also hosts events.

Where to eat in Plaka Athens Greece

Like any other place that’s popular with tourists, good places to eat in Plaka Athens can be hard to find. Nevertheless, there are places that locals approve of and you can trust. So here are some of the best restaurants and cafés in Plaka, according to locals:

1. Yiasemi, the most iconic café of Plaka Athens

If there is one café that’s part of Plaka, then that’s Yiasemi (or Jasmin, in English). Better known for its outdoor seating area on the steps of Mnisikleous street, it also has a beautiful interior. They serve a great variety of homemade cakes, cookies, and sweet and savoury pies. It’s also a great place for a light lunch or cocktails in the evening. Vegetarian and vegan options are also available.

A great place for ouzo and meze (aka the Greek tapas). Very traditional, Scholarheio has been feeding Athenians since 1935. Good prices and food. If you don’t know what to choose, they offer you ten dishes to choose from. Also popular with students.

A true Athenian institution. They have a tricky name that you cannot ignore. First opened in 1865, you’ll find it in the basement of a building on Kydathineon street. The house’s speciality is, you guessed it, fried cod.

You simply can’t leave Athens without a visit to Brettos! A cocktail bar but also the city’s oldest distillery, established in 1909. They make delicious liquors that you can also enjoy on location. Flavours include mastiha, cherry, lemon, honey and cinnamon (“rakomelo”). Of course, they also make classic ouzo. Also famous on Instagram for its backlit shelves full of colourful bottles.

By the way, I should mention that it is conveniently next door to Damigos tavern (the one with the fried cod, remember?) So you get to have your lunch and a drink afterwards. Perfection!

Now, if it’s something more upscale and modern you’re after, then go to “2 Mazi”. This creative Greek cuisine restaurant is housed in a beautiful, neoclassical 19th-century building. Just a stone’s throw from Syntagma, it also comes with a lovely garden, perfect for warm summer nights. Think dishes like lamb fricassé with celery root purée, marinated seabass with melon and lime cream, or calamari with avocado cream and ouzo jelly. They also offer a 6-dish menu for 60€ per person.

So you’ve had your coffee and a great meal. Time then for some great gelato! And the best place for ice cream in Plaka is by far Arte, at 16, Tripodon street. You’ll find classic flavours such as Italian pistachio, but also vegan options, sorbets, sugar-free ice cream and more. They also have the largest chocolate fountain in Greece.

In recent years, Athens has seen a wave of new hotel arrivals. So there’s no lack of great places to stay in the city centre.

A classic choice is Electra Palace Athens, an elegant 5-star hotel on the edge of Plaka. Just 10 minutes from the Acropolis on foot, it combines the perfect location with luxury amenities, such as indoor and outdoor pools, and a spa.

Read also: Athens Utopia Hotel, a new arrival in the heart of the city

A bit further, but within walking distance from Plaka, there is also the upscale Elia Ermou hotel. Another option is the quirky Ergon House. The latter is famous for its local Greek products market and restaurant on the ground floor.

In addition, Plaka and its nearby districts boast numerous AirBnB and other rentals.

In recent years Plaka has become quite touristy but has kept its charm and beauty. However, with so many people around, it doesn’t hurt to be extra vigilant about your belongings. Unfortunately, the last time I was in Plaka, a pickpocket stole my wallet from inside my handbag while I had stopped to look at my phone. So be careful!

Plaka Athens is one of the most picturesque districts of the Greek capital. With its cute cafés, lively tavernas, elegant houses and the famous “island village” of Anafiotika, it is one of the city’s highlights. 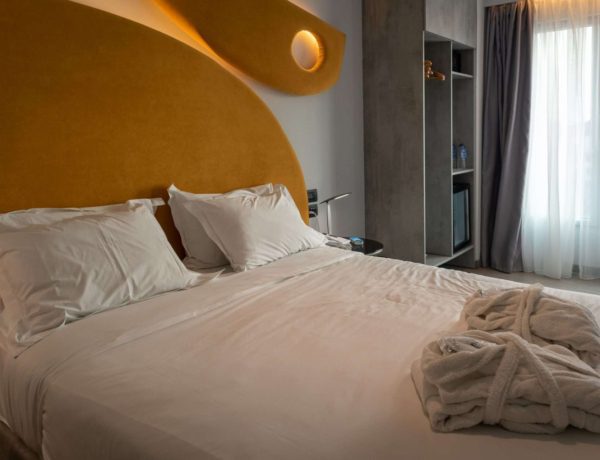 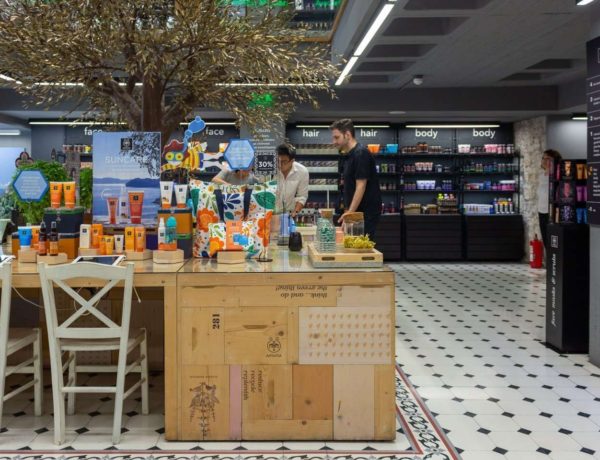 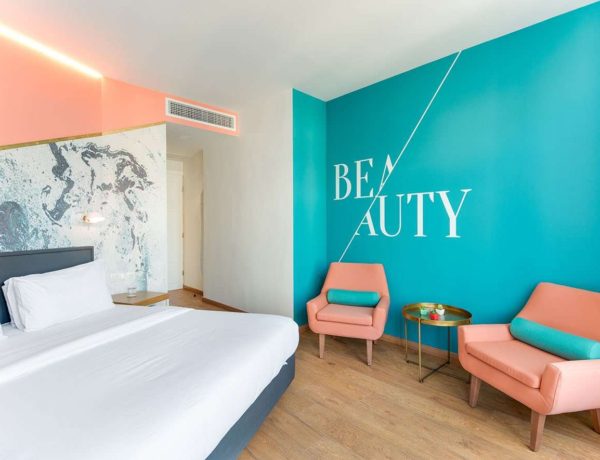 COLORS Urban, the most cheerful hotel in Thessaloniki 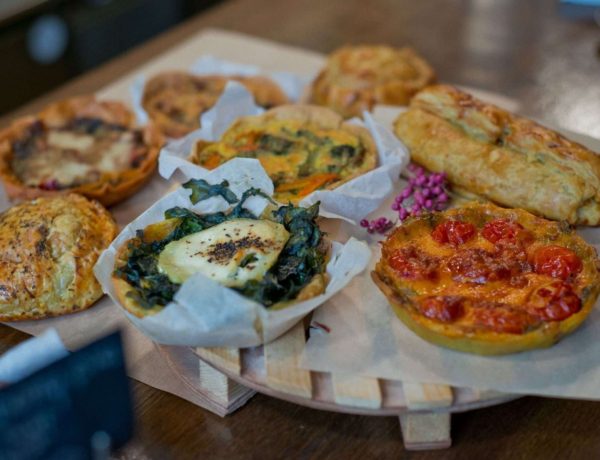 10+1 Best Things To See and Do In Stockholm Sweden My mission is to inspire you to see travel as a force for good and a source of joy. Follow along as I explore the world, one new place and local dish at a time! 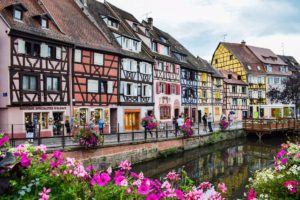 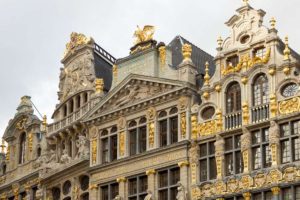 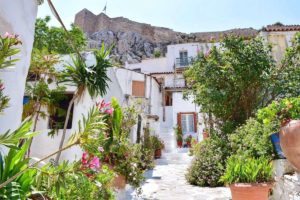 In Vienna, Christmas magic is in the air! ✨🎄

Christmas in Copenhagen 🎄✨ 🎄The two main