For Denmark, 2023 will be a year of celebrating Danish design and architectural heritage. From throughout-the-year events and new installations in Copenhagen to the UNESCO World Capital of Architecture and the long-awaited opening of the underground bunker museum REGAN Vest. Moreover, there are new city and seaside hotel openings as well as the anniversary of one very famous restaurant.

1. Copenhagen is the UNESCO World Capital of Architecture 2023

In 2023, Copenhagen will be the UNESCO World Capital of Architecture. Under the theme Copenhagen in Common, it will be a year with events ranging from community picnics to open houses in buildings normally closed to the public to a series of new pavilions by the harbour front, including one designed by the famous Bjarke Ingels Group (BIG).

The Danish Architecture Center (DAC) will serve as a hub for everything going on throughout the year, and the new exhibition Made in Denmark will take visitors on a journey through the history of Danish architecture from the Viking Age till today.  As a part of the WCA title, Copenhagen will also be hosting the UIA World Congress of Architects in July.

The underground Danish Cold War Museum REGAN Vest will finally open to the public in the first part of 2023. It was supposed to open by the end of 2022, but was postponed because of … bats! Since the underground tunnels serve as a home for hibernating bats, their hibernation resulted in postponing the opening until 2023.

Built in the 1960s, the bunker served as a nuclear-war shelter for the Queen and the government. This will be the first time it is open to the public. The impressive 5,500 square meter bunker will be the focal point of the museum. There, visitors can experience the original interior, from the ministers’ and doctor’s offices to the dormitory.

Meanwhile, above the surface is the visitor and exhibition building. The building has the shape of four black boxes. In addition, AART Architects designed it to include a virtual activity. The latter lets visitors experience how the bunker and the surrounding landscape would look after a new clear bomb.

Finally, the villa where the supervisor and his family lived, is also going to be restored to its 1980s glory. This way, it will give visitors a look into the everyday life of that time.

In November 2023, noma can celebrate the 20th anniversary of its opening in 2003. It is widely considered one of the world’s most influential restaurants, and its legacy is especially visible across the Copenhagen food scene. After taking the top spot at World’s 50 Best in 2021, they retired to the Best of the Best list in 2022 and announced a new upcoming pop-up.

Although they haven’t announced the pop-up’s location yet, however, they plan to open it in the spring of 2023. They are additionally gearing up for the celebration with the launch of a new book. Namely, “Noma 2.0: Vegetable, Forest, Ocean”, published globally on 8 November 2022.

Just outside Denmark’s second city, Aarhus, the 110-year-old Ole Rømer Observatory will go through a grand renovation of both interior and exterior before reopening to the public in the summer of 2023. The aim is to bring back the buildings to their original style.

In addition, the nature area surrounding the museum, Kongelunden, will be transformed into a Science Park. There, guests can learn about astronomy during the days and nights. For example, school classes will be able to spend the night in their new “science cabins”.

Christiansfeld was Denmark’s first UNESCO World Heritage Site (2015), and it can celebrate its 250th anniversary in 2023. The Moravian settlement in Christiansfeld was first founded in 1773 and is an example of the Protestant urban ideal centred around the church square. The architectural style is unadorned with yellow brick and red tile roofs. It is a great example of a carefully-planned Lutheran free congregation settlement.

The original buildings still stand, including the Brødremenighedens Hotel, which was one of the first four buildings dating back to 1 April 1773. To this day, Christiansfeld is known around the country for its heart-shaped honey cakes. They have been baking them here for centuries!

6.  New Opera Park To Open By The Copenhagen Harbour

Speaking of architecture, another much-expected new addition to the Copenhagen waterfront will open in 2023: Opera Park. This new park, aptly named for its location next to the grand Royal Danish Opera House, is inspired by 19th-century romantic parks complete with a café and winter garden.

Danish architect group COBE designed the park. The architects have sustainability at the forefront, including systems to reuse rainwater and durable, recyclable materials. Located on top of an underground, two-storey parking lot, the park showcases how utilitarian infrastructure can add value and livability to a city.

Denmark has a strong tradition of seaside hotels, in Danish called badehoteller, which are luxurious refuges by the water with a focus on slow-paced living and good food. This year will see the opening of two new waterfront hotels. More specifically, Ny Hattenæs and Gilleleje Sø- og Havbad.

The first one is Ny Hattenæs by the scenic lake Brassø in the Aarhus Region. The historic property is opening as a fully renovated hotel in January. It has a rich history that dates back to 1896, as well as lots of quirky interior details.

Another hotel is expected to open later in the year in Gilleleje on the Danish Riviera, North Zealand. This area serves as The Hamptons for Copenhagen, and the new Gilleleje Sø- og Havbad (literally meaning “sea and ocean bath”) has transformed the 1939 town hall into a boutique spa hotel with 40 rooms.

The hotel will have an outdoor pool, restaurant and rooftop terrace, and the renovation happens concerning the original architecture.

First expected to arrive in 2022, the new Express 5 ferry will take on the route between Rønne on the Danish island of Bornholm and Ystad in Southern Sweden in March 2023. It is a popular way to get to the island and is easy to get there by train from Copenhagen.

Did you know that Express 5 is the largest high speed ferry in the world? It has a capacity of 1610 passengers and 451 cars, while it runs on the most efficient four-stroke engine. In addition, the engine is a dual-fuel engine, making it ready for alternative fuel.

9. The Ocean Race Arrives in Aarhus

Aarhus will be the first Danish city to host the huge sailing event Ocean Race, when they take over the city and its waters from 29  May – 8 June 2023. The Ocean Race is the world’s longest off-shore sail race. Moreover, it takes place over six months in eight stages across the globe.

As a result, Aarhus harbour will be dressed in its finest for the maritime celebration, and a designated Sustainability Island will serve as a hub for innovative exhibitions and showcases for sustainable solutions.

10. Explore the works of Jørn Utzon

In case all these aren’t enough reasons for you to explore Danish architecture in 2023, there’s one more! 2023 is the year of renowned architect Jørn Utzon. Utzon’s most famous creation is the Sydney Opera House, which celebrates its 50th anniversary in 2023.

In his home country of Denmark, he has created an array of unique, modernist buildings including the Bagsværd Church, the Paustian furniture shop in Copenhagen, the Music House in Esbjerg and the Utzon Center in Aalborg. The last three he created in collaboration with his son, Jan Utzon.

Denmark is a fantastic destination to visit any given year and all year round. But particularly for architecture lovers, 2023 has much to offer. From Copenhagen, UNESCO’s World Capital of Architecture 2023, to new hotel openings, this is one of the best times to visit Denmark. 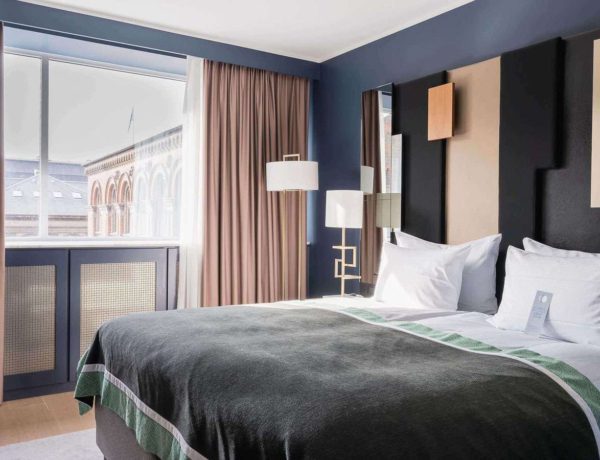 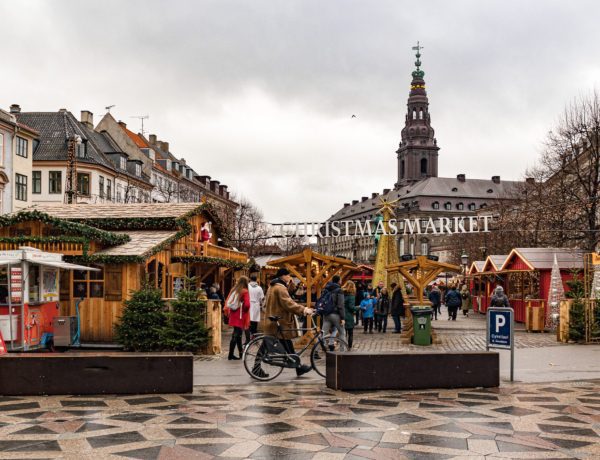 How to have the best “hygge” Christmas in Copenhagen, Denmark 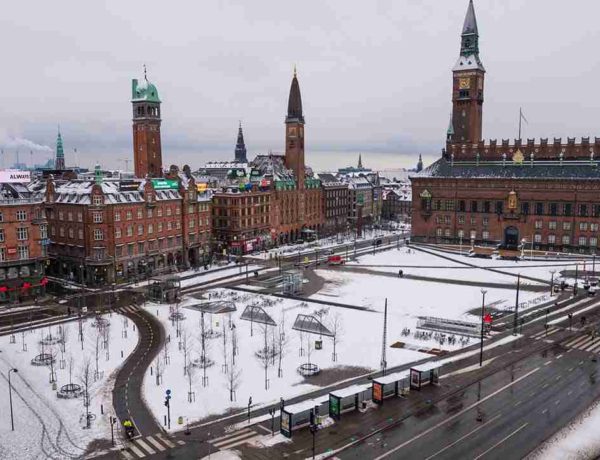 7 Wonderful Outdoor Things to Do in Denmark in Winter 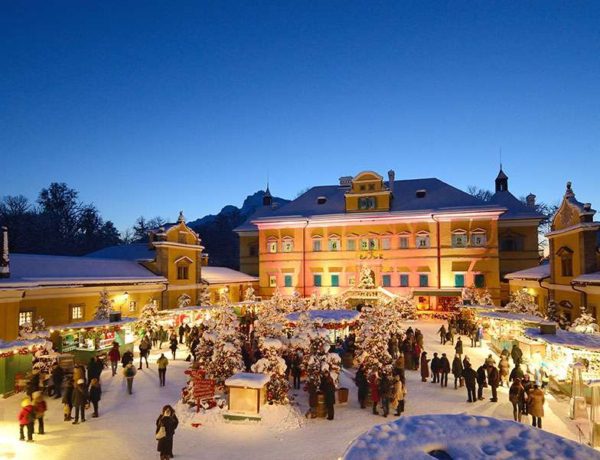 See inside the Royal Suite of Hotel Grande Bretagne Athens